Dr. Mitsch spoke about ‘The Role of Wetland Processes in the Global Carbon Cycle and Climate Change’. His talk focussed on the balance between carbon sequestration and methane emissions in natural, created, and restored wetlands around the world, as well as illustrating models and previous studies that have attempted to balance these two fluxes to determine the net effect of wetlands on both carbon balances and net radiative forcing. Studies show that most wetlands are net sinks of radiative forcing; exceptions to this are some degrading boreal and tropical wetlands that have been drained and have become net sources of carbon dioxide. 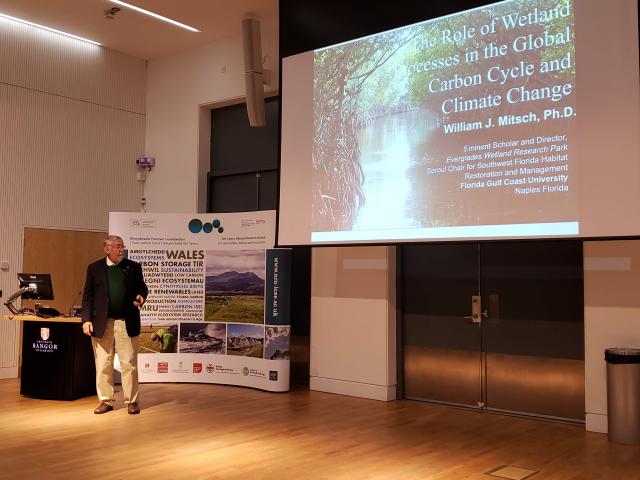